What Is Conciliation in a DuPage County Divorce? 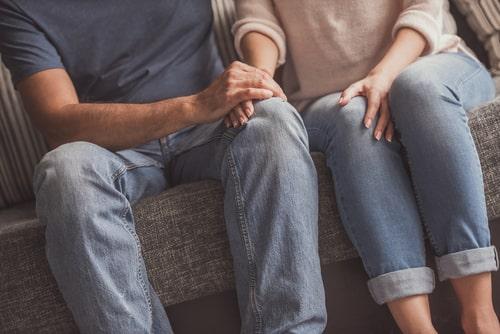 Divorces in Oakbrook Terrace and throughout DuPage County are governed by the Illinois Marriage and Dissolution of Marriage Act (IMDMA). Under the IMDMA, you may already know that the only way to get divorced is through a no-fault divorce path. In other words, Illinois no longer recognizes fault-based grounds for divorce. Rather, to obtain a divorce, the party who files a petition for the dissolution of marriage must plead that “irreconcilable differences have caused the irretrievable breakdown of the marriage,” and the court must determine that “efforts at reconciliation have failed or that future attempts at reconciliation would be impracticable and not in the best interests of the family.”

How can you show the court that you have met the requirement of irreconcilable differences, and how does this requirement relate to the term “conciliation” as it is used in the IMDMA? Our Oakbrook Terrace divorce attorneys have more information to help you understand no-fault divorce and the possibility of conciliation.

Irrebuttable Presumption That Irreconcilable Differences Requirement Has Been Met

According to the IMDMA, when spouses have lived separate and apart for at least six months prior to the divorce filing, “there is an irrebuttable presumption that the requirement of irreconcilable differences has been met.” Yet even if there is an irrebuttable presumption that this requirement has been met to allow for a no-fault divorce in Illinois, how can you show the court that efforts at reconciliation have failed and that further attempts to reconcile would not be in the best interests of your family? And can your attempts to get a divorce be thwarted if your spouse insists that she or he does not want to get divorced and that the marriage can be saved?

These questions give rise to the matter of “conciliation.”

Understanding “Conciliation” According to Illinois Law

Ultimately, you should not be concerned that a conciliation conference will prevent you from getting a divorce. Even if your spouse wants to stay in the marriage, the fact that your spouse or the court requests a conciliation conference does not mean that you cannot get a divorce. Rather, you should plan to have a divorce lawyer on your side to assist you in gathering evidence that demonstrates attempts at reconciliation have failed, and that any further attempts at reconciliation would not be healthy for you or for your family.

When you are planning to file for divorce, you should seek advice from our experienced DuPage County divorce attorneys as soon as possible. With years of experience representing members of the Muslim community, our firm is ready to assist you. Contact Farooqi & Husain Law Office online or contact us by phone at 630-909-9114 when you are ready to learn more about divorce in DuPage County.