UPDATE: Can I Prevent My Ex from Hiring a Babysitter During Parenting Time?

Posted on September 14, 2022 in Parental Rights 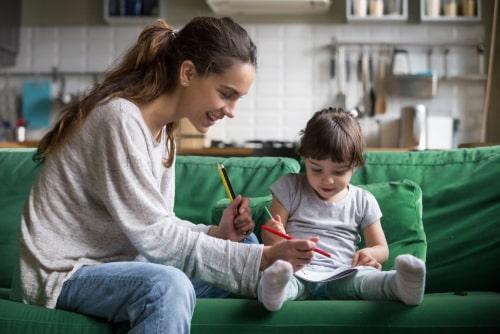 Update: The right of first refusal, as discussed below, may address situations where one parent is unavailable to care for children during their scheduled parenting time. However, if these situations occur frequently, and a parent is regularly unavailable to address children's needs when required, the other parent may believe that it will be necessary to modify their child custody agreement and ensure that children will be able to have the care they need from a parent going forward. By understanding the requirements for post-divorce modifications, a parent can make sure these situations will be addressed correctly.

Modifications to the allocation of parental responsibilities or parenting time will usually only be allowed if there has been a significant change in circumstances since the original child custody agreement was put into place. There are multiple factors in the lives of parents or children that may be changes that are considered significant enough to warrant a child custody modification. For example, if a parent has found a new job with different hours, and they now require a babysitter or family member to pick children up from school and care for them during the evenings, the other parent may ask for their parenting plan to be modified so they can care for the children during these times.

When determining whether parenting time modifications will be necessary, a judge will consider whether these changes are in the best interests of the children. Generally, a change in circumstances may be a sufficient reason to modify parenting time schedules if it has significantly affected the relationship between the children and one or both parents and if it is a long-term change that will require permanent modifications. While a parent being unavailable to watch children a few times will not usually require a change, a long-term pattern of behavior, a change in work schedules, or the move to a new home that will affect the time a parent can spend with their child may warrant a permanent modification.

If you believe that your parenting plan should be modified, the DuPage County child custody modification attorneys at Farooqi & Husain Law Office can discuss your case with you and advise you of your options. We will provide you with representation as you address these issues, and we will fight to make sure your children's best interests will be protected. Call our office today at 630-909-9114 to learn more about how we can help you.

The Illinois Marriage and Dissolution of Marriage Act (IMDMA) allows for, but does not require, a provision for the “right of first refusal.” The IMDMA says that the right of first refusal means that if a parent plans on leaving the child with a substitute child-care provider, that parent must first offer the other parent a chance to personally care for the child.

A right of first refusal in an allocation judgment or parenting plan can only occur in two ways:

In effect, a provision for the right of first refusal requires the parent who would otherwise be hiring a substitute childcare provider to contact the other parent to see if that other parent wants to provide the childcare instead. Many parents prefer to have a right of first refusal in place because they can make sure that caretaking functions are exercised in the way they want, and that parent may also be able to spend additional time with their child in these circumstances.

Situations Where a Right of First Refusal Might Take Effect

It is essential to understand the agreement you have reached with your spouse, or the provisions the court has made for the right of first refusal.

In many child custody situations involving substitute childcare, the other parent is concerned about who the babysitter will be and wants an opportunity to provide caretaking functions for the child during that time. When you have questions about the right of first refusal, a skilled DuPage County child custody lawyer can help. Contact Farooqi & Husain Law Office online or call our firm at 630-909-9114. We have years of experience serving the Muslim community and can speak with you today about your family situation.