Posted on November 07, 2014 in Estate Planning
By Ausaf Farooqi, Esq. 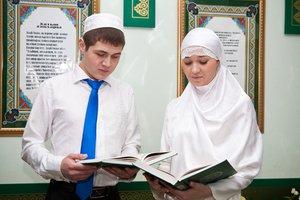 Picture this scenario. You are about to invest between $50,000-$150,000 in a business venture. The business venture has about a 50% chance of failure. If the venture fails, the losses incurred will include the entire initial investment as well as possibly tens of thousands of dollars more in additional costs and legal fees. You can, however, protect yourself substantially from future costs, legal fees, and recoup part of your initial investments if you enter into a contract prior to the investment. The cost of that insurance would likely be between $2000-$3000, split between the two parties entering into the business venture.

Given the probability of failure and the potential sunken costs, it would be almost irresponsible to enter the business venture without entering into an initial contract to protect yourself and as much of your investment as possible. The reality is, however, that Muslims enter into such a venture nearly every day without contemplating how to protect themselves from the failure of that venture.

Marriage is difficult and expensive. For Muslims, there are often two wedding ceremonies – the Nikkah and its reception and the Walimah. Many of the different ethnic cultures among Muslims have additional wedding related ceremonies and practices. The average cost for these events range between $30,000 - $100,000.

In many Muslim cultures, there is a substantial exchange of gifts. Parents and family give gold, jewelry, expensive dresses and clothing, and furniture to the new couple. These gifts are not simply out of kindness but are a large part of the cultural expectation during a marriage. It is not uncommon for the total cost of such gifts to range between $20,000-$50,000. Illinois law generally will view these gifts as non-marital property, meaning they cannot be recovered in the event of a divorce.

Muslims also face the unique issue of mehr or an Islamic dowry. A man is required to give a gift to a woman if he so desires to marry her under Islamic personal law. Commonly, we find these offers ranging between $10,000-$50,000. Often times, these offers are far outside the means of the man to pay. Additionally, many of these mehr contracts, as drafted, are not enforceable in Illinois courts.

The reality is that marriage is not always successful. The divorce rate in the United States hovers around 50% for first marriages and increases dramatically for second and third marriages. The Muslim community in the United States is not immune to these numbers. Divorce is on a sharp rise within our community. Marriages often break apart within the first several years, sinking hundreds of thousands of dollars of costs and expenses.

As expensive as marriage may be, a divorce can be even more expensive. Although it is possible that both the husband and wife can be amicable and resolve the divorce with minimal legal fees, this rarely occurs. Even for parties who have almost no property and no children can find their legal bills reaching between $5,000 - $10,000. Parties with substantial property and/or children should expect legal bills between $25,000 - $50,000. A contested divorce process generally takes between 12-24 months.

Given these realities, how do we protect ourselves? A well-drafted prenuptial contract by an attorney who is familiar with Islamic and cultural customs as well as Illinois family law can provide you the protection you seek. Through a prenuptial contract, you can do the following:

This is a short list of the utility of such a contract and the potential benefits and risks will differ from individual to individual. To better understand how a prenuptial contract can protect you or a loved one contemplating marriage, you should consult with an attorney.

One final benefit to prenuptial contracts of interest to Muslims is that through a carefully drafted prenuptial contract, the parties can agree to a marriage with a legal framework that is substantially closer to Islamic law than U.S. law.

A prenuptial contract is not the most romantic gesture in a young relationship. They come with the stigma and the assumption that the marriage may end in divorce. These are not thoughts a new couple wishes to contemplate. However, every marriage starts with optimism. There has never been a divorce which has occurred where the couple believed they would divorce on the day they got married. Divorce is a reality for Muslims and it is time that Muslims invest their time and money in ways to protect themselves.