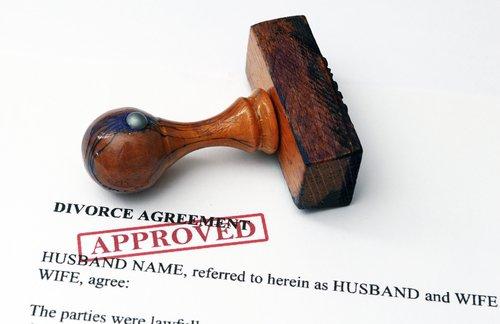 Islamic law can be quite complex in several areas, none more so than divorce. While standard secular divorce has many different requirements and stages, there are certain common occurrences that conflict with Islamic principles. Sometimes you may require the services of an experienced Islamic family law attorney in order to successfully navigate these obstacles in an Islamically acceptable way.

Who Keeps the Mahr?

Mahr, often incorrectly translated as “dowry,” means a gift from the groom to the bride upon the occasion of their wedding. There has been much ink spilled on the question of whether or not a wife may keep her mahr even after divorce. The short answer depends on who possesses the right of divorce and who initiates it.

If the husband has the right to initiate divorce and not the wife, then there are three ways that the wife may obtain a divorce in most Islamic courts. They are:

If the wife possesses the right to divorce, or if both parties share this right, then the wife is generally permitted to keep her mahr unless the marriage was unconsummated.

Another common issue that crops up during Islamic divorce proceedings is the issue of child custody. Shari’a law does establish custody guidelines for children, depending on age and gender, but it is not unheard of for these to be overturned in secular courts for violation of public policy. Illinois law, for example, holds that a child benefits most when both of their parents share custody. In Islamic law, however, many times, custody is ordered along shari’a lines, granting physical custody to the mother, but legal custody to the father. At the beginning of life, women are generally held to be the more appropriate guardians for children, but many Islamic scholars hold that when a child is old enough for education and beyond, the father ought to have custody. U.S. courts often disagree.

Civil courts do take into account the child’s religion if that family comes from a religious society - it is seen as a factor in determining the best interests of the child. However, if Islamic custody guidelines go against public policy, this factor alone will not sway a court into complying with them.

Secular family law can be difficult to understand on its own, and attempting to reconcile its requirements with those of shari’a makes it even harder. Enlisting the services of an experienced Islamic family law attorney can help ease the burden on your shoulders. The Oakbrook Terrace family law attorneys at Farooqi &amp;amp; Husain Law Office understand and appreciate the proverbial tightrope that many families must walk, and will do our best to help you through the process. Contact our office at 630-909-9114 to set up a first appointment. We also serve Oak Brook and the entirety of DuPage County.