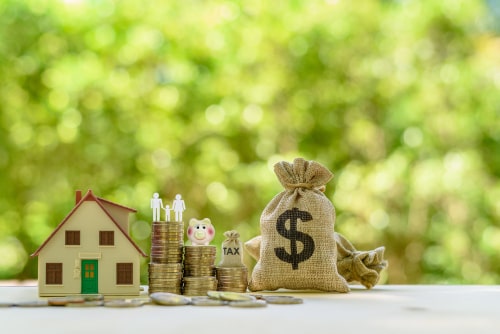 High asset divorces, or high net worth divorces, in DuPage County often come with their own complications and issues that make them distinct from more traditional or straightforward divorce cases. Whether you are currently in a marriage in which one of the spouses was the primary earner, or both spouses together have been high earners during the marriage, it is critical to learn more about the particularities of high net worth divorces in Oakbrook Terrace and throughout DuPage County.

At Farooqi & Husain Law Office, we know how important it is to have an experienced and dedicated attorney on your side who understands your situation. Our firm has been representing members of the DuPage County Muslim community for years, and our Oakbrook Terrace family law attorneys are here to assist you with your case. In the meantime, the following are some of the common issues that you might anticipate in a high asset divorce in Illinois.

Under the Illinois Marriage and Dissolution of Marriage Act (IMDMA), divorces in the state require that all property owned by the spouses be classified as either separate property or marital property. When it comes to dividing property in the divorce, only marital property is divisible, and it is divided according to the theory of equitable distribution.

Steps to Take When You Have Been Served with Divorce Papers 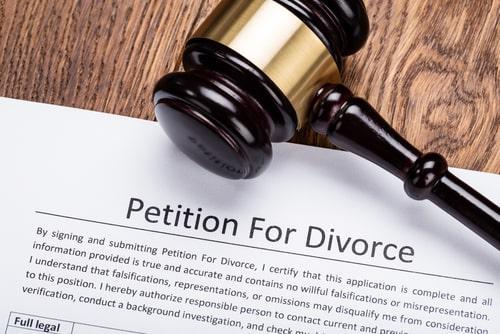 Many DuPage County residents who are served with divorce papers already know that their spouse was planning to file for divorce, but some people are surprised. Regardless of whether you were expecting to be served with divorce papers or news of your spouse’s filing has come as a shock, it is critical to think about your next steps. Do you need to respond, and how quickly do you need to do so? Have you hired a divorce lawyer yet to work on your case? And what type of planning do you need to be doing in advance of a court hearing or family mediation? These are all important questions, and it is essential to discuss them with an Oakbrook Terrace family lawyer. Although the Illinois Marriage and Dissolution of Marriage Act (IMDMA) governs all divorces in the state, everyone will have a divorce case with its own set of facts. Accordingly, it will be important to make a plan that fits your needs.

In the meantime, the advocates at Farooqi & Husain want to provide you with some information about the general steps you should take after you have been served with divorce papers in Illinois.

The first thing you should do after receiving divorce papers is to hire a DuPage County divorce lawyer who has experience handling divorce cases in your area and who has experience representing clients in cases with issues similar to your own. If you know, for example, that issues are likely to come up concerning the religious upbringing of your children when the court is making decisions about the allocation of parental responsibilities, you should seek advice from an attorney who regularly handles such cases. Similarly, if you have questions or concerns about the relationship between Islamic law and Illinois law in divorce cases, you should get in touch with an Islamic divorce attorney in DuPage County.

I Have a Legal Separation But Want to Get Divorced 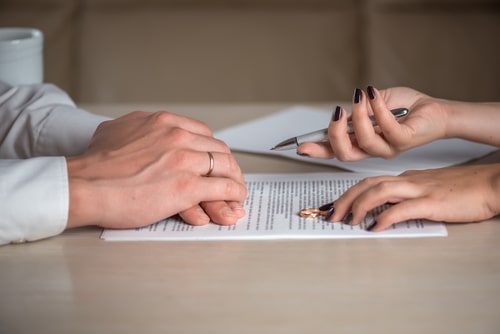 Regardless of your initial reason for seeking a legal separation instead of a divorce, you might now be considering a divorce and you may be unsure about the steps you need to take to move forward. It is important to discuss the particular facts of your situation with a DuPage County family lawyer, but in the meantime, we can provide you with general information about moving from a legal separation to a divorce.

You Can File for Divorce After a Legal Separation

The IMDMA is clear that you can file for divorce even if you have a legal separation—you do not need to choose between a legal separation or a divorce with the understanding that the two are mutually exclusive. The IMDMA expressly states:

Options for Women in a Religious Divorce 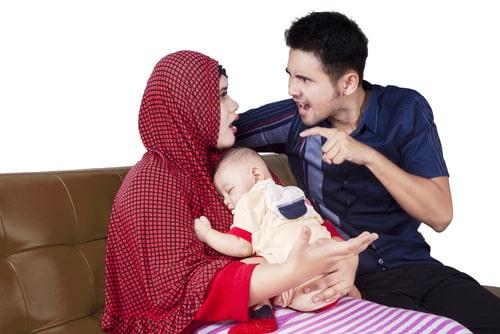 We often work with families in the DuPage County Muslim community who have questions about the ways in which Islamic laws are both in conversation with and distinct from Illinois state laws concerning divorce, child custody, and related matters. One issue that often arises in general conversations about Islamic law and divorce is the options that are available to women who want to file for divorce. A recent study of Muslim women and Islamic divorce traditions discusses some of the assumptions that people make about women and Islam, and the various options that may be available to women who are religious and also want to get divorced.

If you are considering your options for divorce but have concerns about divorce in the Islamic tradition versus divorce under state law, one of our experienced Oakbrook Terrace divorce attorneys can speak with you today. At Farooqi & Husain Law Office, we are committed to serving the Muslim community in DuPage County and can discuss options with you.

Dilemmas of Religious Versus Secular Divorce

According to Anisa Buckley, the author of the study cited above, the Islamic tradition recognizes that both Muslim men and women are allowed to divorce. Yet in some community traditions, Islamic laws are interpreted in ways that allow men to divorce their wives unilaterally, while women must secure their husband’s consent. As such, in some situations, a Muslim woman could find herself fully able to obtain a secular divorce according to state law, but unable to obtain an Islamic divorce because her husband will not agree. In this way, Islamic divorce and secular divorce under state law run parallel to one another and largely do not impact one another.

Changing Attitudes Toward Divorce in the Muslim Community 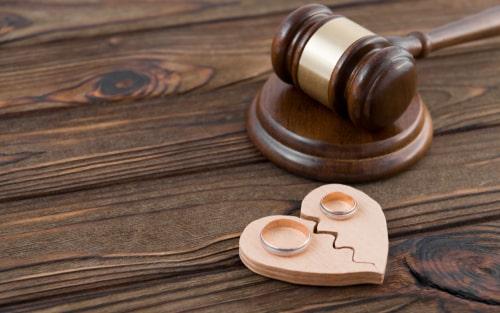 Social stigma has surrounded divorce for quite some time in many communities, especially earlier in the 20th century. Yet as divorce becomes normalized and more common, communities throughout DuPage County and across the country are beginning to recognize that stigma associated with divorce and divorced families can do more harm than good. Divorce has even become less stigmatized within Muslim immigrant communities as more people recognize that divorce can be the best option to lead a happy and meaningful life. We want to say more about changing attitudes toward divorce and how those shifting attitudes can benefit the DuPage County Muslim community.

In the meantime, if you have questions or concerns about divorce, an experienced DuPage County divorce attorney at Farooqi & Husain Law Office can discuss your options with you. We have years of experience serving Muslim families in the area and can speak with you about your case.

Generally speaking, more people are getting divorced than they were even a couple of decades ago. In other words, divorce is becoming more common, which in turn leads to less stigma in general for divorced families. The rate of divorce in the U.S. has almost doubled since 1960. That data comes from the Rutgers University National Marriage Project. In total, about 50 percent of marriages today are likely to end in divorce. And the divorce rate has also risen in the Muslim community.

@Farooqi & Husain Jun 22
Are Parents Required to Pay Expenses In Addition to Child Support? https://t.co/sPrlJNk7FS
Chat Us Text Us