2015 Spousal Support Changes: How Do They Affect Muslim Couples? 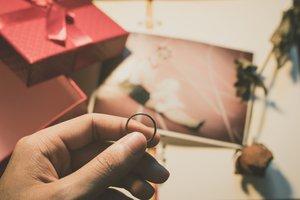 Starting January 1, 2015, Illinois made significant changes to its laws regarding spousal maintenance. The formula for determining maintenance underwent significant alteration. This revives an ongoing debate among Muslim scholars and attorneys, however: a non-religious court may order spousal support, but it is generally considered to be haram amongst Islamic faithful. Divorce laws in the United States take precedence over religious laws, but within Islamic law itself, there is a growing trend to argue in favor of maintenance, under the Islamic principle of mut‘at-al-ṭalāq. It is possible for some to reconcile the two bodies of law.

Generally, under traditional Islamic law, post-divorce maintenance was held to be haram because it was seen as an "additional" benefit to the wife. She was said to have “exhausted her share” during the marriage by being fed, clothed and sheltered by her husband. Support was permissible during the three-month religiously imposed waiting period (“‘iddat al-ṭalāq”) but not afterward.

This apparent dichotomy is reconciled by the fact that under most of the current schools of Sunni Islamic law, the iddah is not part of the divorce, but part of the marriage. During iddah, the wish for a divorce may still be retracted. This might be comparable in secular law to a couple separating before deciding to divorce - the couple is still married, because the decision may be revoked.

Several preeminent Islamic scholars have written in support, despite these traditions, of the argument that post-divorce maintenance is not only acceptable, but required. While the opinion of the scholar tends to vary by school of law, most Muslims in the United States follow the Maliki and Hanafi schools, which is where many of the reformist voices come from.

Dr. Muhammad Adam El Sheikh, a former shari’ah judge in the Sudan and resident imam in one of the United States’ largest Islamic centers, is one of the most vocal. Citing Islamic legal sources as well as the simple facts of the “injustices” he saw perpetrated against divorced Muslim women, he argues that there is Qur’anic justification for awarding post-divorce maintenance. Dr. El Sheikh argues that mut‘at-al-ṭalāq is one of the rights “fixed” in Islamic law for women, in addition to dowry, maintenance during the marriage, and inheritance upon the death of the husband. He quotes directly from Holy Qur’an by way of the Islamic scholar Abdel Karīm Shabūn, citing the verse which states:

And for divorced women is a suitable Mut‘at. This is a duty on the righteous.

Several well known Muslim jurists can also be shown to have commented on this verse and others which address the need for mut’at in tafsir form, including Al-Imam al-Tabari and Mohammed b Ahmed al-Ansari al-Qurtubi, both of whom cite mut’at as a duty and/or an obligation.

Even if a Muslim couple cannot reconcile the new school of thought with that of tradition, there is unfortunately a mandate to comply with secular law in Illinois. Failure to provide maintenance when ordered by the court will result in contempt of court proceedings and other potential issues. However, with a knowledgeable Oakbrook Terrace divorce attorney on your side, the odds of working out an acceptable solution increase.

The experienced lawyers at Farooqi & Husain Law Office understand that sometimes the demands of religious and secular law do not always coincide, and will work hard to ensure that neither you nor your spouse is left wanting. Contact us today to discuss your case.