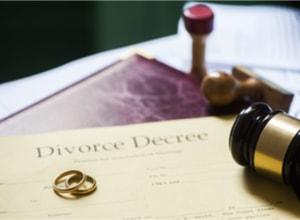 How often do residents of DuPage County file for divorce, and how frequent are those divorce rates in comparison to the national average? We often hear that a high number of marriages end in divorce, but how often is that actually true? And for marriages that do end in divorce, are there certain predictors that might help us to determine a couple’s risk for divorce? We often hear similar questions from our clients, and we know that residents of Oakbrook Terrace who are thinking about filing for divorce have questions about divorce rates in the area.

We have some statistics to help you understand the facts and figures surrounding divorce in DuPage County, as well as across the country.

Getting the Facts About American Divorce

If you live in Oakbrook Terrace or elsewhere in DuPage County, what should you know about American divorce statistics? The following are some facts and figures from the U.S. Centers for Disease Control and Prevention:

How do national statistics about divorce compare with those in Illinois? The CDC also provides the following state-specific information about Illinois, which we have collected for you below along with information from the Illinois Department of Public Health (IDPH):

If you have questions about divorce in DuPage County, an experienced Oakbrook Terrace divorce lawyer can assist you. Our firm has years of experience providing counsel to the Muslim community of DuPage County, and we can answer your questions today. Contact Farooqi & Husain Law Office for more information.